Hook-and-loop fasteners, hook-and-pile fasteners or touch fasteners, consist of two components: typically, two lineal fabric strips (or, alternatively, round “dots” or squares) which are attached (sewn or otherwise adhered) to the opposing surfaces to be fastened. The first component features tiny hooks; the second features even smaller and “hairier” loops. When the two components are pressed together, the hooks catch in the loops and the two pieces fasten or bind temporarily during the time that they are pressed together. When separated, by pulling or peeling the two surfaces apart, the strips make a distinctive “ripping” sound. The original hook-and-loop fastener was conceived in 1941 by Swiss engineer George de Mestral. The idea came to him one day after returning from a hunting trip with his dog in the Alps. He took a close look at the burrs (seeds) of burdock that kept sticking to his clothes and his dog’s fur. He examined them under a microscope, and noted their hundreds of “hooks” that caught on anything with a loop, such as clothing, animal fur, or hair. He saw the possibility of binding two materials reversibly in a simple fashion if he could figure out how to duplicate the hooks and loops. Hook and Loop is viewed by some like Steven Vogel or Werner Nachtigall as a key example of inspiration from nature or the copying of nature’s mechanisms (called bionics or biomimesis).

Originally people refused to take de Mestral seriously when he took his idea to Lyon, which was then a center of weaving. He did manage to gain the help of one weaver, who made two cotton strips that worked. However, the cotton wore out quickly, so de Mestral turned to synthetic fibers. He settled on nylon as being the best synthetic, which had several advantages: it doesn’t break down, rot, or attract mold, and it could be produced in threads of various thickness. Nylon had only recently been invented, and through trial and error de Mestral eventually discovered that, when sewn under hot infrared light, nylon forms small hook shapes. However, he had yet to figure out a way to mechanize the process, and to make the looped side. Next he found that nylon thread, when woven in loops and heat-treated, retains its shape and is resilient; however, the loops had to be cut in just the right spot so that they could be fastened and unfastened many times. On the verge of giving up, a new idea came to him. He bought a pair of shears and trimmed the tops off the loops, thus creating hooks that would match up perfectly with the loops in the pile.

Various constructions and strengths are available. Some touch fasteners are strong enough that a two-inch square (5 × 5 cm) piece is enough to support a 175-pound (80 kg) load. Fasteners made of Teflon loops, polyester hooks, and glass backing are used in aerospace applications, e.g. on space shuttles. The strength of the bond depends on how well the hooks are embedded in the loops, how much surface area is in contact with the hooks, and the nature of the force pulling it apart. If hook and loop is used to bond two rigid surfaces, such as auto body panels and frame, the bond is particularly strong because any force pulling the pieces apart is spread evenly across all hooks. Also, any force pushing the pieces together is disproportionately applied to engaging more hooks and loops. Vibration can cause rigid pieces to improve their bond. Full-body hook and loop suits have been made that can hold a person to a suitably covered wall.

When one or both of the pieces is flexible, e.g., a pocket flap, the pieces can be pulled apart with a peeling action that applies the force to relatively few hooks at a time. If a flexible piece is pulled in a direction parallel to the plane of the surface, then the force is spread evenly, as it is with rigid pieces. 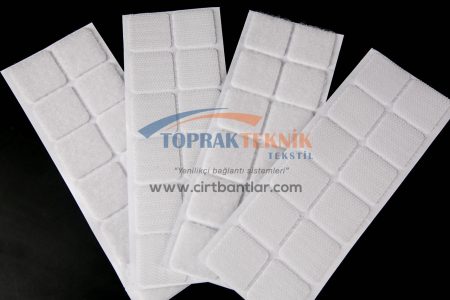 Touch fasteners are easy to use, safe, and maintenance free. There is only a minimal decline in effectiveness even after many fastenings and unfastenings. The tearing noise it makes can also be useful against pickpockets.

There are also some deficiencies: it tends to accumulate hair, dust, and fur in its hooks after a few months of regular use. The loops can become elongated or broken after extended use. The hooks often become attached to articles of clothing, especially loosely woven items like sweaters. This clothing may be damaged when one attempts to remove the hook and loop, even if the sides are separated slowly. The tearing noise made by unfastening hook and loop fasteners make it inappropriate for some applications. For example, a soldier in hiding would not want to alert the enemy to his position by opening a pocket. It also absorbs moisture and perspiration when worn next to the skin, which means it will smell if not washed.

Because its ease of use, hook-and-loop fasteners have been used for a wide variety of applications where a temporary bond is required. It is especially popular in clothing where it replaces buttons or zippers, and as a shoe fastener for children who have not yet learned to tie shoelaces. Touch fasteners are used in adaptive clothing, which is designed for people with physical disabilities, the elderly, and the infirm, who may experience difficulty dressing themselves due to an inability to manipulate closures such as buttons and zippers.

Touch fasteners held together a human heart during the first artificial heart surgery, and it is used in nuclear power plants and army tanks to hold flashlights to walls. Cars use it to bond headliners, floor mats and speaker covers. It is used in the home when pleating draperies, holding carpets in place and attaching upholstery. It closes backpacks, briefcases and notebooks, secures pockets, and holds disposable diapers, and diaper covers for cloth diapers, on babies. It is an integral part of the game tag rugby, and is used in surfboard leashes and orthopaedic braces.

NASA makes significant use of touch fasteners. Each space shuttle flew equipped with ten thousand inches of a special fastener made of Teflon loops, polyester hooks, and glass backing. Touch fasteners are widely used, from the astronauts’ suits, to anchoring equipment. In the near weightless conditions in orbit, hook and loop fasteners are used to temporarily hold objects and keep them from floating away. A patch is used inside astronauts’ helmets where it serves as a nose scratcher.[4][7] During mealtimes astronauts use trays that attach to their thighs using springs and fasteners. 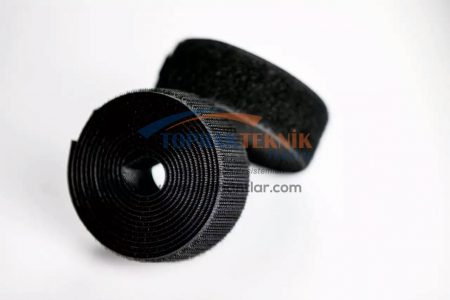 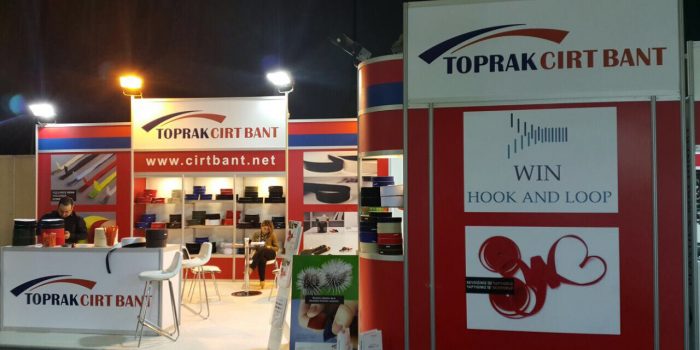 About Our Exhibition Participation 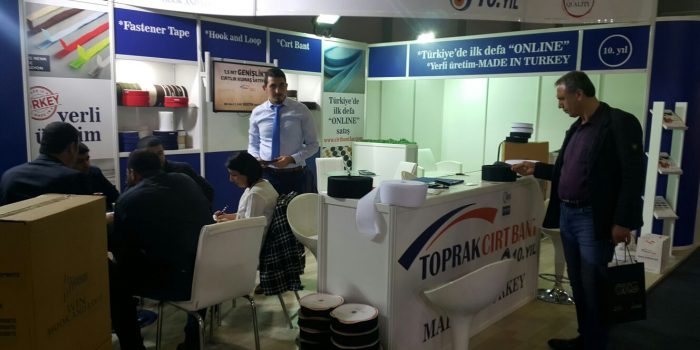 We as Toprak Cırt Bant participated in the 58th AYSAF International Shoe Industry Exhibition held at CNR Expo Yeşilköy on 15-18 November 2017. We would like to thank all participants for their... 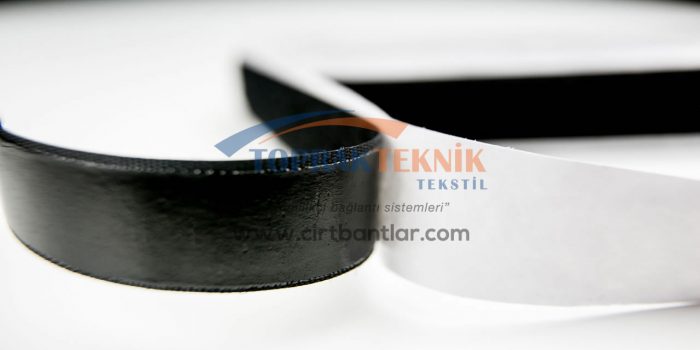 Our Hook & Loop Tape Teaser Video is on Youtube!

Our company, which keeps customer needs and demands in the forefront, successfully performs its operations thanks to the professional working team in product quality and production planning fields. In this...